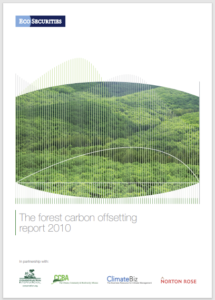 The report is based on the survey responses of 207 corporate participants during January and February 2010 who, according to the data, purchased at least 7.9 million carbon credits in 2009, including approximately 3.0 million offsets from forestry. When compared with 2008 volumes1, the survey respondents represent approximately half the global demand for voluntary forest carbon offsets.